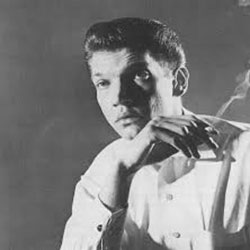 « back to the biography
Year
1948
Time
12
Instr.
bigband
Edition
Ebony Band Edition (in preparation)
This composition has been played by the Ebony Band
CD
City of Glass The Ebony Band conducted by Gunther Schuller Channel Crossings 6394

This is the first version of City of Glass Bob Graettinger wrote for the Stan Kenton Progressive Jazz Orchestra.
Musically it is very different from the version Graettinger wrote three years later for the Innovations in Modern Music Orchestra. Only the titles of the three movements are similar.

City of Glass (1948) can be heard and seen on YouTube, played by the David Kweksilber Bigband.