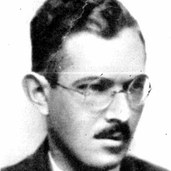 Julius Schloss (1902 - 1972), Jewish composer in Vienna and his later days in exile in Shanghai and the United States. Schloss was born in Saarlouis, Germany on 3 May 1902 and studied composition at the Hoch Conservatory in Frankfurt. He continued his education in Vienna under Alban Berg, for whom the young pupil emerged as a competent and trustworthy assistant, editor and friend.
Schloss oversaw the editorial work on Berg’s opera Wozzeck and his Lyric Suite for string quartet.
During this time, Schloss composed several significant works, including his First String Quartet, a Sonata for piano, and a Requiem for chorus and percussion, for
which he won the Emil - Hertzka Gedächtnis prize in 1933.

By the late 1930s, Schloss’s Jewish heritage put him at great risk under the Hitler regime. After being briefly interned at the Dachau concentration camp in 1938, Schloss immigrated to Shanghai. He supported himself by playing accordeon in bars before becoming professor of composition of the National Conservatory in the last year of his stay. This whole period Schloss didn't compose any music.

In 1948, he left China for the United States, settling in Belleville, New Jersey, where his brother Oskar was living, and attaining citizenship in 1954. In spite of his promising European carreer, for a long time Schloss was unable to secure a teaching position or editorial work in his new homeland. He finally got a job as theory professor at the local College. While his works continued to be performed with support from long-time friend Karl Steiner, Schloss continued to compose until his death on 26 October 1973 at age 71.
The 'Julius Schloss Collection' is to be found at McGill University in Montreal, Canada (see below). 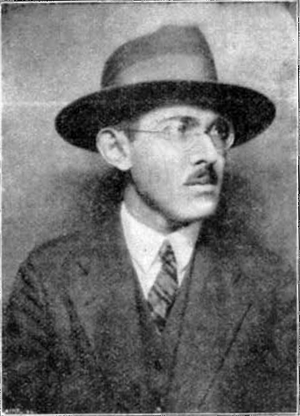