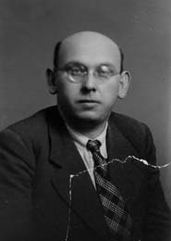 Hanns Eisler was born in Leipzig on 6 July 1898 and went to school in Vienna. After two years as a common soldier in the First World War, he became a student of Arnold Schoenberg in 1919, dedicating his Sonata for Piano op. 1 to his teacher in 1923. He moved to Berlin 1925, where he composed for workers' choruses and agitprop groups and collaborated with Brecht (Die Maßnahme, Die Mutter) from 1928. From 1933, Eisler initially resided in Paris, Svendborg, and London, before taking exile in America from 1938, where he created his most significant chamber music works (including Fourteen Way to Describe Rain). Alongside music for eight Hollywood pictures, Eisler also composed his Hollywood Songbook to texts by Brecht, Hölderlin, and others while in California.
In 1948, Eisler returned to Europe, initially to Vienna and Prague and ultimately to East Berlin. Although he wrote the National Anthem of the GDR to a text by Johannes R. Becher, conflict arose with GDR cultural bureaucracy when he published his libretto Johann Faustus in late 1952. Up until 1955, Eisler predominantly worked in Vienna for the Scala Vienna and Vienna Film at Rosenhügel. In the GDR, he wrote works for the Berliner Ensemble and DEFA. In 1959, he witnessed the premiere of his Deutsche Symphonie, mostly composed while in exile, at the State Opera Unter den Linden. Hanns Eisler died on 6 September 1962 in East Berlin.
(International Hanns Eisler Society)

When the Ebony Band was active on the concert stage, more than fifty compositions by Eisler were performed, including programmes devoted entirely to his music in order to emphasise his importance as a composer. His remarkably emotional and moving cantatas for voice, two clarinets, viola and cello, written in 1936 in Denmark (one of his first places of refuge on leaving Germany), were recorded on CD by the Ebony Band with the soprano Marjanne Kweksilber in 1991 on the BVHAAST label. The ensemble also arranged some of Eisler's stage music into a concert suite.
W.H.