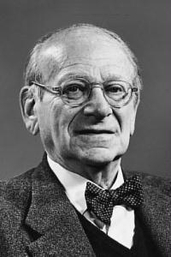 Egon Wellesz (Vienna, 21 October 1885 – Oxford, 8 November 1974), an Austrian/British composer and musicologist, received piano lessons from Carl Frühling from the age of seven. In 1904 he began to study law at Vienna University, but quickly switched to musicology (under Guido Adler). In 1905-1906 Wellesz took private lessons in music theory with Arnold Schönberg, and this was to have profound influence on his musical development.
Wellesz taught music history from 1911-1915 at the Neue Wiener Konservatorium. In 1920, in the company of Schönberg and Webern, he attended the great Mahler festival in Amsterdam. His first opera, Prinzessin Gimara, was premiered in 1921 in Frankfurt; in that same year his first book on Arnold Schönberg was published. In 1929 Wellesz became professor of musicology at Vienna University, where he was to stay until 1938.
Shortly after the annexation of Austria, Wellesz was in the Netherlands, where his new orchestral work Prospero's Beschwörungen (dedicated to the Concertgebouw Orchestra) received its first performance under Bruno Walter. He decided not to return, but to go to England, were in 1932 he had received an honorary doctorate from Oxford University.
As an 'enemy alien' Wellesz was initially detained in Hutchinson Camp on the Isle of Man, but in 1943 he regained his freedom through the mediation of H.C.Colles, the renowned music critic of The Times. He gained the British nationality in 1946.
WH
see : www.egonwellesz.at
bibl.: Michael Haas : Forbidden Music, Jewish composers banned by the Nazis
Yale University Press ISBN 978-0-300-15430-6.