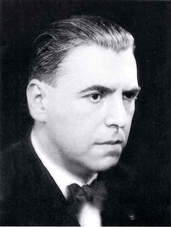 Erwin Schulhoff (1894-1942), born in Prague into a German Jewish family, is a composer whose contribution to early 20th-century music has fallen into undeserved oblivion. His musical talent was discovered by Antonin Dvorak when Schulhoff was only seven. Before the first World War, his compositions were in the style of the composers he idolized, Reger, Strauß, and Debussy. His experiences of trench warfare as an Austrian infantryman drastically altered his artistic outlook. He moved to Germany and threw himself into every possible avant-garde movement, including dadaism and jazz, as a pianist, composer, and concert organizer. He performed throughout Europe as a pianist.
In 1923, Schulhoff became aware of a worsening in Germany’s political climate, leading him to return to his native country.

During the 1930s, another artistic metamorphosis took place in Schulhoff’s life. He became a communist, and his work began to manifest a degree of “socialist realism.” When Hitler declared war on Russia, Schulhoff’s plans to emigrate to the Soviet Union were short-circuited. In 1941 he was arrested and sent to the internment camp at Wülzburg, where he died from tuberculosis a year later.
Many works by Erwin Schulhoff were recorded by the Ebony Band; most were first CD recordings.

The Ebony Band has made an important contribution to the rehabilitation of Erwin Schulhoff. He was such a wonderful mirror of his time, composing in a very wide range of contemporary styles with great imagination, skill and creativity.
His Dada work Wolkenpumpe, now published by Schott Music, was given its world premiere by the Ebony Band in 1990. We also rediscovered the Dada pieces Sonata Erotica and Symphonia Germanica which were presumed lost. Two entire CDs and half of another one are devoted to Schulhoff and feature numerous first recordings. And the Ebony Band itself republished the art book Zehn Themen, dating from 1919, which includes ten piano pieces by Schulhoff, illustrated with ten lithographs by his friend the painter Otto Griebel. This Ebony edition also includes a CD of the ten piano pieces played by Gerard Bouwhuis.
W.H.