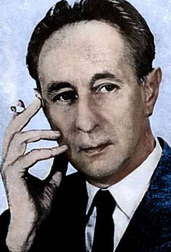 Bohuslav Martinů (1890-1959) was taught the violin from the age of seven by the local tailor in his birthplace Policka. He entered the conservatory of Prague in 1906, but with little success, being sent away several times and expelled for ‘incorrigible negligence’. In 1911, moreover, he failed to pass his first state exam. From 1915, Martinů played in the Czech Philharmonic Orchestra, first as a substitute, and from 1920 as a regular second violinist. He moved to Paris in 1923 to study composition with Albert Roussel, remaining there until his emigration to the USA in 1940. After successful performances of his work (by the Boston Symphony Orchestra among others) and appointments as a teacher at prestigious institutions, Martinů gained American citizenship in 1952. Shortly afterwards, however, he returned to Europe (1953), living mainly in France, Italy and Switzerland. He died in Liestal near Basel, his last place of residence.