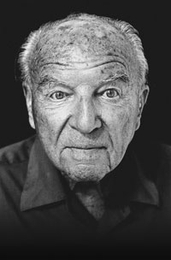 Ernst Krenek (born Aug. 23, 1900, Vienna, Austria—died Dec. 23, 1991, Palm Springs, Calif., U.S.), Austrian-American composer, one of the prominent exponents of the serial technique of musical composition. Krenek studied in Vienna and Berlin and was musical assistant at the German opera houses of Kassel (1925–27) and Wiesbaden (1927–28). In 1938 he immigrated to the United States, where he taught composition at Vassar College, Poughkeepsie, N.Y. (1939–42), and Hamline University, St. Paul, Minn. (1942–47), before settling in Palm Springs, Calif.
Krenek’s earliest compositions were influenced by Gustav Mahler (who was briefly Krenek’s father-in-law). In his first operas, however, he turned to a dissonant, Expressionist style, as in Zwingburg (1924; Dungeon Castle).
He gained international success with the opera Jonny Spielt Auf! (1927; Johnny Strikes up the Band!), a work written in an idiom that mixed Expressionist dissonance with jazz influences and strove to reflect modern life in the 1920s.
After a period in which he espoused the Romanticism of Franz Schubert, he began in the 1930s to use the 12-tone method of Arnold Schoenberg. His first significant 12-tone work was the opera Karl V (1933, premièred in Vienna, 1984).
His other important 12-tone works were the Piano Concerto No. 2 (1937) and the Symphony No. 4 (1947).
Krenek experimented widely with styles and techniques of composition. In Sestina (1957) he used total serialization, in which not only pitch but all musical elements are arranged in basic series. In his Piano Concerto No. 3 (1946) he temporarily abandoned the 12-tone method for traditional tonality; his Symphony No. 5 (1950) is atonal but avoids serial technique. In his oratorio Spiritus Intelligentiae (1958) he utilized electronically produced sound. In Pentagram, for wind quintet (1952; revised 1958), and in Fibonaci Mobile (1965), mathematical ideas influence the musical content. Krenek’s other compositions include sonatas for harp and for organ; Twelve Short Piano Pieces (1938), an introduction to 12-tone technique; Eleven Transparencies for orchestra (1954); and operas. He also wrote several books, notably Über neue Musik (1937; Music Here and Now), Studies in Counterpoint (1940), and Selbstdarstellung (1948; Self-Analysis), an autobiography.
Enceclopaedia Brittannica
links:
www.orelfoundation.org
www.krenek.at