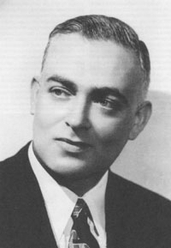 Tadeusz Zygfryd Kassern (19 March 1904 – 2 May 1957) was a Polish composer.
Born in Lvov, who studied at the conservatory of the Polish Music Society in Lviv and later at the conservatory in Poznań. In 1931 he escaped from Nazism to Paris and later to the United States. He committed suicide in 1957, allegedly because he had been refused permission to remain in the United States. Kassern had been serving as a Polish cultural attaché in New York.
Among Kassern's well known students was the Italian-born American composer Dalmazio Santini (1923-2001).