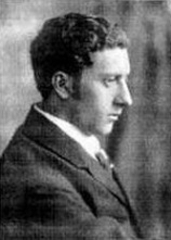 Tibor Harsányi (Magyarkanizsa, June 27, 1898 – Paris, September 19, 1954), a Hungarian by birth, spent more than half his life in Paris and has therefore gone down in history as a French composer.
In his second homeland he became one of the leading figures of a composers' collective consisting largely of emigrants from East Europe, which the French composer named 'Ecole de Paris'. He described them as: "remarkable young talents who meet frequently, Frenchmen, but foreigners too, who had chosen Paris as their centre and who became totally absorbed in its climate without losing their own national character" (Revue Musicale, 1929). They were genuinely inspired by the French spirit, and to a certain extent accepted the anti-Debussy aesthetic of 'Les Six', although they animated these purely French qualities with elements from jazz and their respective backgrounds.
Although they presented themselves jointly in 1929 with a book of piano pieces published by Harsányi entitled Treize Danses, containing thirteen contributions from Martinu (Czech Republic), Tansman (Poland), Mihalovici (Romania), Schulhoff (Czech Republic) and others, the 'Ecole de Paris' was never more than a loose group of composers who went their own ways entirely independently of one another.
Harsányi settled in Paris in 1924 after living in the Netherlands for several years. He performed frequently in many countries as a piano soloist and was a co-founder of the 'Société Triton', an organisation devoted to the promotion of chamber music.
He became internationally known as a composer after one of his works was performed at the ISCM Festival in Vienna (1932). However, the Second World War, during which he led a secluded life in southern France, drove him back into anonymity. Despite several post-war successes (ISCM Salzburg 1946, Prix d'Italia 1948) Harsányi died a poor and forgotten man.
As was the case with his teacher Zoltan Kodály, Harsányi's early musical language had the flavour of romanticism and Hungarian folk music. In his Parisian years, however, he soon developed into a neo-classical composer with a more sober, strict style. His affinity with jazz brought great rhythmic vitality to his work, and in his command of counterpart he was no less talented than Hindemith.
The Ebony Band performed various pieces by Harsányi and was granted permission to arrange several works by his daughter, who lived in London, married to a British admiral.