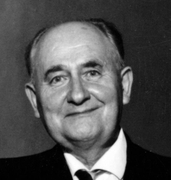 The composer, theorist and teacher Alois Hába (Vizovice, Moravia, 21 June 1893 – Prague, 18 November 1973) played a very prominent role in Czech musical life. He studied with Novak in Prague and Schreker in Vienna, and was mainly inspired by the Czech tradition (from Smetana to Suk), the Second Viennese School, and Czech folklore - with which he became familiar through his mother, an outstanding folk song singer.
When he first heard about quarter-tones in Vienna in 1917, Hába realised that this interval was used in an entirely natural manner in folk music (for instance in singing 'against' the note in what is known as 'expressive intonation'), and he recognised its potential to significantly enlarge and renew the traditional, diatonic idiom of classical music. Nonetheless, despite the fascinating and alienating effect of microtones, their language has not been absorbed into Western music. This could lie in the fact that their performance by musicians trained in strictly diatonical music is extremely difficult (quarter-tones too can be played out of tune!), and that expression in music, brought about by small fluctuations of intonation, is difficult to express in exact numbers, just as intonation and 'swing' cannot be notated in jazz.
Hába's first quarter-tone composition dates from as early as 1917, but it was not until some five years later that he presented his ideas, now worked out more exhaustively, to the Berlin Hochschule für Musik, where their reserved reception was a disappointment. He therefore returned to Prague, where in 1924 he set up an official course in quarter-tone music at the conservatory and where, on his initiative, various instrument makers developed quarter-tone and sixth-tone instruments (piano, harmonium, clarinet and trumpet).
As an advocate of avant-garde music, and through his involvement in concert organisations and festivals such as that of the ISCM (International Society for Contemporary Music), Hába brought a spirit of adventure to Czech musical life, and he was of inestimable value to an entire generation of composers.