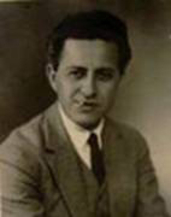 Louis Gruenberg (1884 – 1964) was a Russian Lithuania-born American pianist and composer.
He was born near Brest-Litovsk (now in Belarus but then in Russia), but his family emigrated to the United States when he was a few months old. His father worked as a violinist in New York City. Young Louis had a talent for the piano, and by the age of eight Gruenberg was taking piano lessons with Adele Margulies at the National Conservatory in New York (then headed by Antonín Dvořák).
Gruenberg played both solo concerts and in ensembles from the beginning, and in his early twenties he went to study in Europe with Ferruccio Busoni at the Vienna Conservatory. Before World War I, Gruenberg taught students and toured, both as an accompanist and soloist.
In 1919, Gruenberg wrote The Hill of Dreams for orchestra, which gained him the highly acclaimed Flagler Prize and enabled him to devote himself more completely to composition.
As Gruenberg began to make his mark as a composer, he showed his fascination with jazz, composing works with strong jazz and ragtime influences.
In 1933 and 1934 the Metropolitan Opera produced his expressionistic opera The Emperor Jones, based on the play by Eugene O'Neill. The title role was created by Lawrence Tibbett. It was performed there for two seasons, and featured on the cover of Time Magazine receiving much critical acclaim.
Between 1933 and 1936, Gruenberg headed the composition department of Chicago Musical College (now part of Roosevelt University). After Chicago he moved with his family to Beverly Hills, California. There he worked at merging music with visual media and film. Collaborating with Pare Lorentz to create The Fight for Life (a documentary about childbirth in Chicago slums), Gruenberg was nominated for the Academy Award for Best Original Score.
In 1944, Jascha Heifetz commissioned and premiered the Violin Concerto, Op. 47 with Eugene Ormandy and the Philadelphia Orchestra, and recorded it with Pierre Monteux and the San Francisco Symphony Orchestra in 1945. It is a lively work in three movements (Rhapsodie - With simplicity and warmth - Lively and with good humour), and lasts 38 minutes (in Heifetz's performance).
During the last twenty years of his life, Gruenberg became increasingly isolated from the concert music world. He maintained a close friendship with Arnold Schoenberg until the latter's death in 1951.
Louis Gruenberg composed continuously until his death in 1964 in Beverly Hills. Besides other works, he wrote five symphonies, four full length operas (Volpone, Jack and the Beanstalk, Antony and Cleopatra and The Dumb Wife) and the lengthy oratorio A Song of Faith.