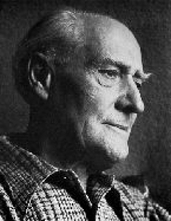 Lyonel Feininger was born in New York on July 17, 1871, as the son of a concert violinist and a singer and pianist from Germany. In 1887 Feininger followed his parents to Europe, where he attended the drawing and painting class at the "Gewerbeschule" in Hamburg and then studied at the "Königliche Kunst-Akademie" in Berlin from 1888 to 1892.
For one year he subsequently attended the private art school of the Italian sculptor Filippo Colarossi in Paris. In 1893 Feininger returned to Berlin, where he worked as an illustrator among other things until 1906. For the next two years Lyonel Feiniger stayed in Paris, where he got in contact with the "Café du Dôme" circle of the German students of Matisse and with Robert Delaunay. In 1909 Lyonel Feininger joined the "Berliner Sezession", in whose exhibitions Feininger first participated a year later.
For the occasion of his exhibition at the "Salon des Indépendants" the artist traveled to Paris in 1911, where he made contact with Cubism. His acquantance with Alfred Kubin and the "Brücke" painters Karl Schmidt-Rottluff and Erich Heckel opened up new dimensions in his works in 1912. Feininger produced his first architectural compositions with his typical Cubist fragmentations.
In 1913, upon invitation by Franz Marc, Feininger participated in the "Erster Deutscher Herbstsalon" at Herwarth Walden's "Sturm" gallery in Berlin, where he also held his first solo exhibition in 1917. In 1919 Walter Gropius invited Feininger to the "Bauhaus", where he taught graphic art and painting until 1926.
In this period in particular Feininger occupied himself intensively with music, giving his friendship with the 'musician' Klee an extra dimension. His admiration for the contrapuntal art of J.S. Bach prompted Feininger to compose a number of fugues for the organ, which through their spatial structure are fine examples of Bauhaus art, in which architecture had such a prominent place.
Together with Wassily Kandinsky, Paul Klee and Alexej von Jawlensky, Lyonel Feininger founded the group "Die Blauen Vier" in 1924.
In 1931 there was a first comprehensive retrospective at the "Kronprinzen-Palais" in Berlin, to where the artist moved in 1933.
In 1937 Lyonel Feininger moved to New York. That same year more than 400 of his works were confiscated by the Nazis in Germany. Feininger had to wait for his breakthrough as an artist in the US until 1944, when he had a successful retrospective at the New York Museum of Modern Art.
From 1945 Feininger held a summer course at the Black Mountain College in North Carolina, where he met Gropius and Einstein. Feininger's classes, his texts and later watercolors set a trend for the development of Abstract Expressionist painting in the US.
see: www.lyonel-feininger.com