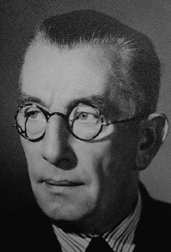 Maurice Delage (13 November 1879 – 21 September 1961) was a French composer and pianist. Of Ravel's four pupils - Rosenthal, Vaughan Williams, Roland-Manuel and Delage - the latter has remained the least familiar, despite the fact that he occupied a place of his very own. Delage and Ravel were lifelong friends, and Ravel's task as a teacher was mostly limited to offering good advice.
Delage's small oeuvre, built up slowly, carefully and with great precision, breathes the spirit of Debussy and reveals the inspiration of Ravel, though its highly idiosyncratic character and originality are undeniable.
Maurice Delage was largely self-educated. He taught himself to play the piano and cello, aided by an exceptionally good ear and a formidable musical memory. After hearing Debussy's opera Pelleas et Melisande (1902) the purpose of his life was determined.
Delage met Ravel for the first time in 1903 at the home of the painter Paul Sordes. One day in 1904, when  Delage, Ravel and friends returned home from a concert in high spirits, a newspaper seller cried out "Look out, the apaches!", as groups of ruffians were called who roved through the boulevards at the time. From that very moment the musicians adopted the same name, taking the main motif of Borodin's First Symphony as their motto and meeting every Saturday evening at Delage's home. From 1909 Stravinsky joined them as a guest, and one evening he gave them a first taste of his Rite on the piano.
In 1911 Delage travelled extensively through India and Japan with his father. His impressions were gathered together in his Quatre Poèmes Hindous, wonderfully refined songs to texts by Bhartrihari and Heine which were warmly acclaimed in his own small circle. Delage was thus one of the very first composers to employ inspiration from the Orient, in turn inspiring many colleagues, not least Olivier Messiaen.
Although nothing is known of any influence of Delage on his friend Ravel, the dates of composition of the former's oriental works Quatre Poèmes (1914) and Sept Haï-Kaïs (1923), compared with Ravel's Chansons Madécasses (1925), would seem significant. In its complete obscurity the Sept Haï-Kaïs may be seen as a typical example of 'overshadowed' work. In later compositions by Delage as well, the influence of his travels to India is evident, for example in the Trois Chants de la Jungle (1933/34).
In the late 1930s his life took a difficult turn. Devastated in 1937 by the death of Ravel, who he stood by to the very end, the subsequent war years brought him great isolation. After the war he considered leaving France, but the famous conductor Ernest Ansermet pursuaded him to stay. Shortly after his death in 1959 he was commemorated with a concert in the Salle Gaveau in Paris.
The Ebony Band devoted a special concert to Maurice Delage in 1995.
W.H.