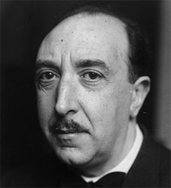 Jesús Guridi Bidaola (Vitoria-Gasteiz, 25 september 1886 - Madrid, 7 april 1961) was born into a family of musicians. His mother, Maria Trinidad Bidaola, was a violinist and his father, Lorenzo Guridi, was a pianist. After completing his early studies with the Piarists and the Jesuits of Zaragoza, he moved to Madrid, where he received lessons from Arina Valentin. Later, in Bilbao, he was involved in the activities of the society called "El Cuartito". He received violin lessons from Lope Alana and studied harmony with José Sáinz Besabe.
On 28 January 1901 he gave his first public concert with the Philharmonic Society of Bilbao. At the age of 18 he enrolled in the Schola Cantorum in Paris, studying organ with Abel Decaux, composition with Auguste Sérieyx, and fugue and counterpoint with Vincent d'Indy. Here he met Jose Maria Usandizaga, with whom he developed a deep friendship.
He then moved to Brussels, where he studied with Joseph Jongen and in Cologne with Otto Neitzel, following the recommendations of Resurrección Maria de Azcue. In June 1912 he was appointed director of the Bilbao Choral Society. In the same year his friend Usandizaga died.
In 1922 he married Julia Ispizua. The couple had six children: Maria Jesus, Luis Fernando, Maria Isabel, Ignacio, Julia, and Javier. In 1944 he began working at the Madrid Conservatory, where, years later, he became director. He died suddenly on 7 April 1961 at the age of 74 years in his home on Sagasta Street in Madrid.
Strongly influenced by Richard Wagner and other late-Romantic musicians, Guridi found inspiration in the roots of Basque folklore in his first scores, and which later give body and soul to his compositions. He produced copiously in a huge range of genres. From chamber music (string quartets), vocal and choral compositions, orchestral works, religious pieces for the organ, operas (Mirentxu and Amaya) and operettas (El Caserio, La Meiga, etc.). Among his works are: El Caserio (1926), Diez melodias Vascas (1940), Así cantan los chicos (1909), Amaya (1920), Mirentxu (1910), Una aventura de Don Quixote (1916), La Meiga (1929 ) Seis canciones castellanas (1939), Pyrenean Symphony (1945), and Homenaje a Walt Disney, for piano and orchestra (1956).
source: wikipedia